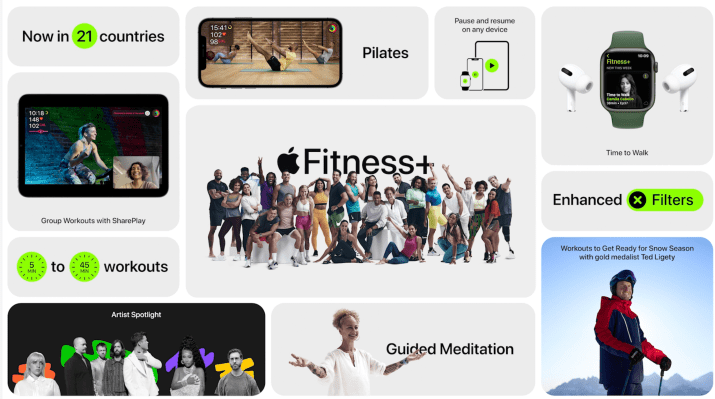 After unveiling the Apple Watch Series 7, Apple shared updates that are coming to Fitness+, its fitness service designed around Apple Watch.

Currently, the $9.99/month service is available in six countries, like the United States, Canada and the United Kingdom. But at its press event today, Apple announced that the service will become available in many more countries this fall, including Brazil, Saudi Arabia, Indonesia, France, Italy, Russia and more.

Apple also announced that it will add new pilates and guided meditation content for Fitness+ subscribers starting in the fall. Every day, Fitness+ will add guided meditations that focus on gratitude, mindfulness, and calming. These experiences will be available in both video and audio form, and could pose competition to apps like Headspace and Calm.

Also in the fall, Fitness+ will roll out Group Workouts, powered by Share Play. This enables subscribers to exercise alongside their friends via FaceTime or a group message thread, no matter where they are in the world. Up to 32 people can exercise together at once. 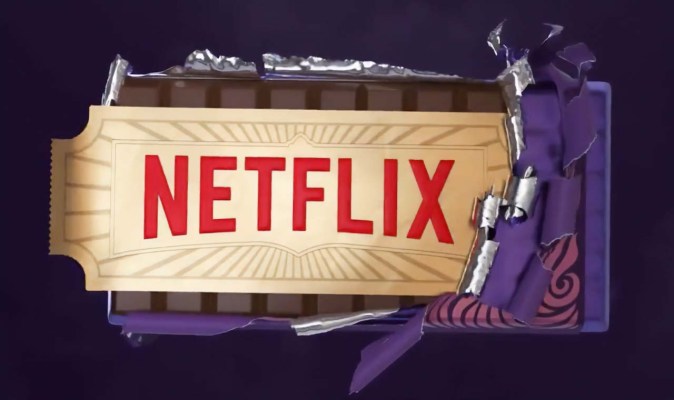 Netflix is acquiring the rights to Roald Dahl’s books