When it comes to true wireless earbuds, there are a ton of brands and products to choose from. Whether you enjoy the unconventional design of Samsung’s Galaxy Buds Live or prefer Jabra’s compact Elite 75t, there’s a pair of wireless earbuds for just about everyone. Fortunately, many of the best wireless earbuds go on sale on a regular occurrence.

Regardless of which brand you prefer, we have compiled some of the best deals on wireless earbuds available right now, some of which may be further discounted on June 21nd and June 22nd as part of Amazon Prime Day. Of course, if you want to do more research before making a buying decision, we also encourage you to read our guide to the best wireless earbuds, which can help you determine which pair of earbuds are best for you. 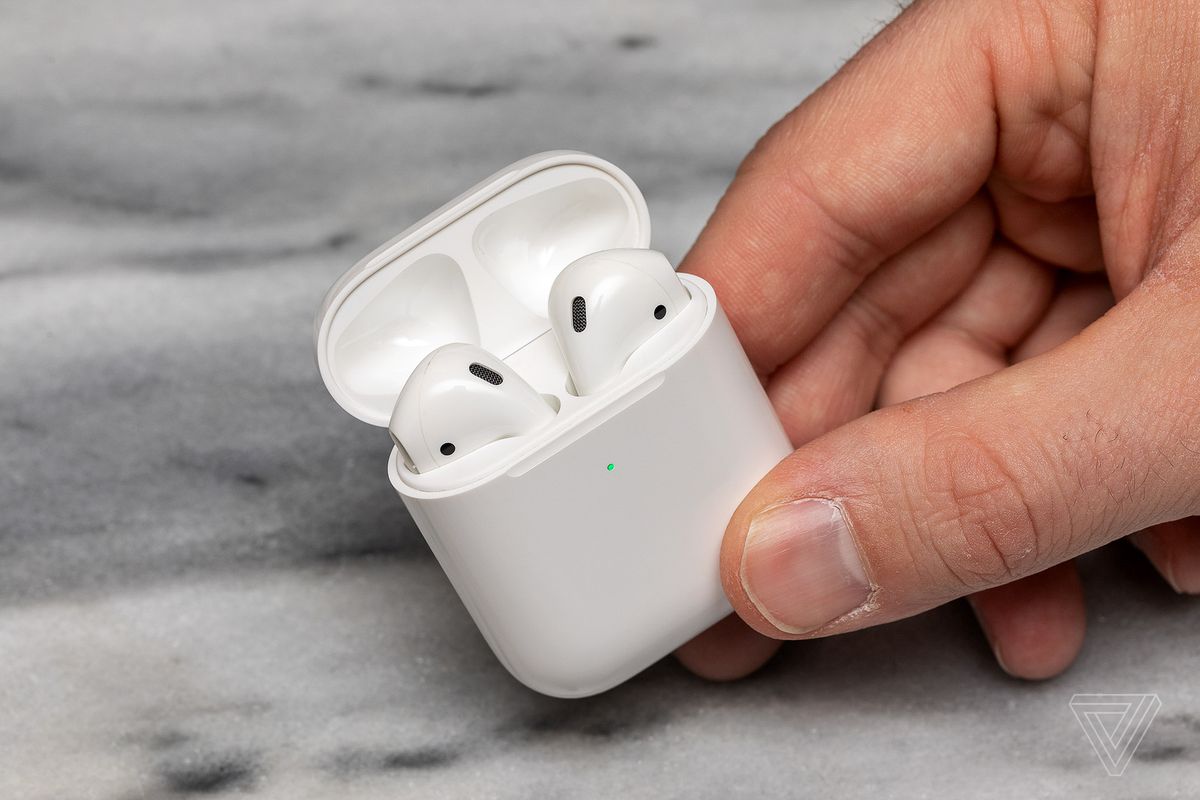 If you own an iPhone or multiple Apple products, the AirPods Pro are likely the best true wireless earbuds on the market for you. Unlike the base AirPods, the Pro variant offer better sound quality and feature active noise cancellation, not to mention seamless integration with iOS.

Apple’s flagship Pro wireless earbuds tend to go on sale frequently, and we often see them drop as low as $200. Right now, you can get a new pair for $197 at Amazon and Walmart. Other retailers, namely Best Buy and B&H Photo, also have them in stock for $200.

Alternatively, you can buy a pair of second-generation AirPods, which include either a wired or wireless charging case. Although they normally retail for $160, you can get the version with the wired charging case for $129 at Walmart and Amazon, or for $130 at Target and Best Buy.

If you prefer a little more convenience, you can also get a new pair of AirPods with a wireless charging case for a few dollars more. At their regular price of $200, they aren’t as good of a value, but you’ll rarely find yourself paying the usual price. At the moment, you can get them for $146 at Walmart, or for $150 at Amazon and Target. 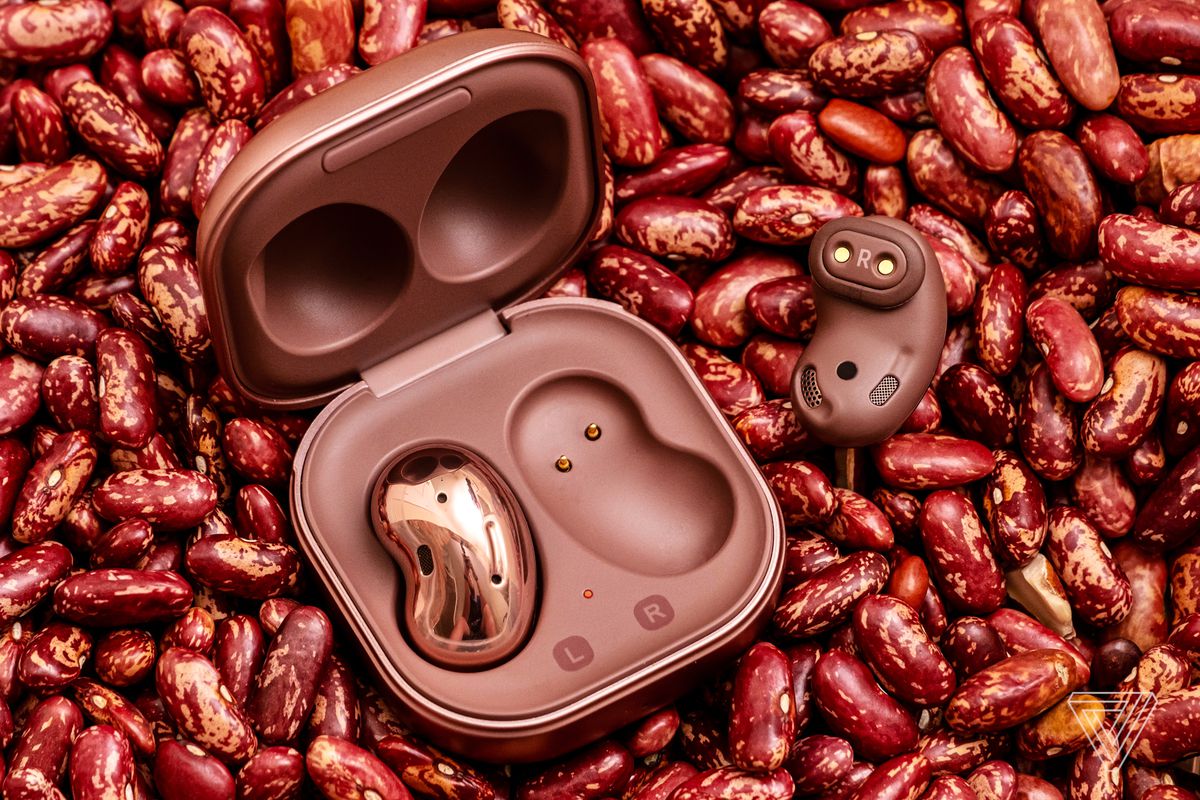 Samsung has a few different wireless earbuds to choose from, including its latest flagship wireless earbuds, the Galaxy Buds Pro. These earbuds include active noise cancellation and the best sound quality yet for Samsung earbuds.

There are a couple of deals going on right now at Amazon, Target, and Best Buy, all of which are offering the Galaxy Buds Pro for $30 off, bringing the price down to $170.

The Galaxy Buds Plus were our top pick last year for the best wireless earbuds overall. A successor to the original Galaxy Buds, the Plus model extends the battery life by up to 11 hours and, unlike AirPods, comes in an assortment of colors. Right now, you can buy the Galaxy Buds Plus for $100 at places such as Amazon, Best Buy, and Target, which is the lowest price we’ve seen in the last several months.

The Galaxy Buds Live are some of the more unconventional wireless earbuds on the market right now, but don’t let their bean-shaped design fool you. The Buds Live are a good option if you want earbuds that produce powerful sound and showcase marathon battery life.

Right now, you can purchase a pair of the Galaxy Buds Live for $130 at Verizon or $140 at Amazon, more than 20 percent off the initial MSRP. If you prefer a different retailer, they’re also discounted to $150 at both Best Buy and Target. 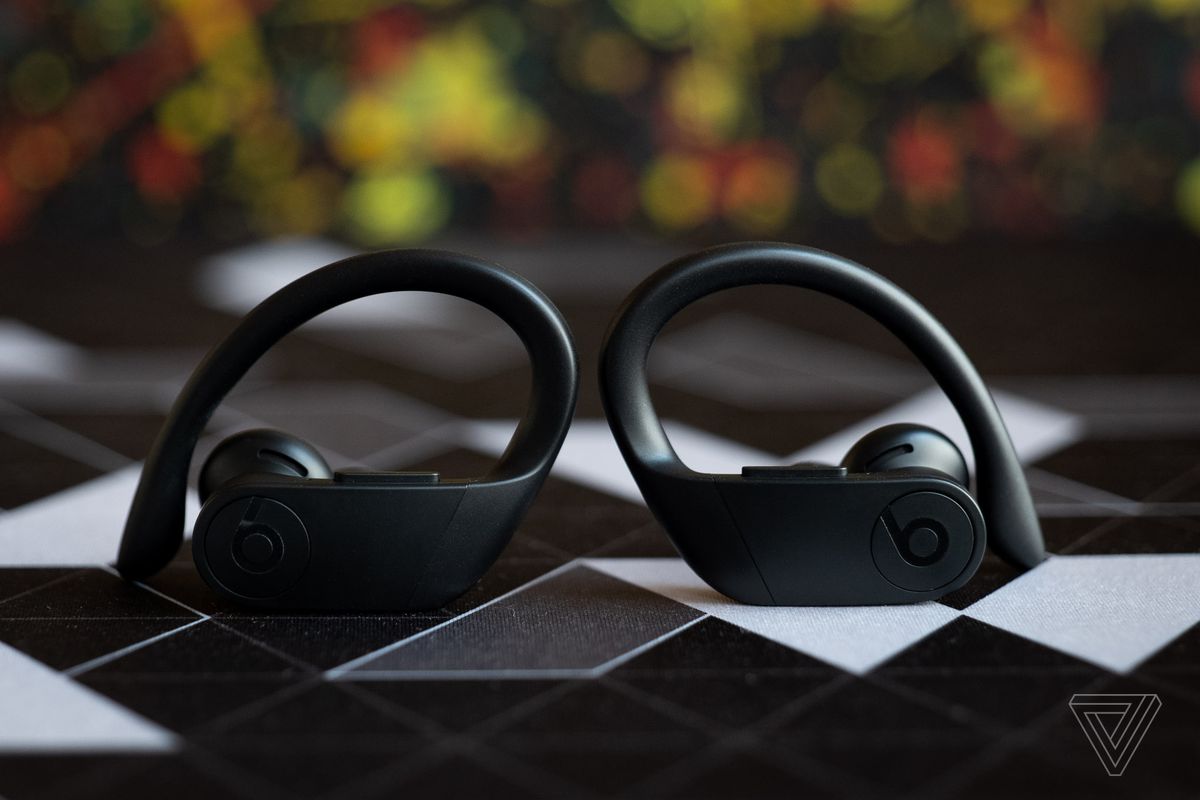 Sony’s WF-1000XM4 are the true wireless headphones to beat, but they haven’t been discounted yet given how recently they launched. Their predecessor, the WF-1000XM3, however, remain an excellent pair of headphones that do routinely go on sale.

Like the most recent model, the WF-1000XM3 feature phenomenal sound quality and considerable battery life, a small feat for true wireless earbuds. They also manage to deliver noise cancellation in a sleek, copper-adorned package, one that’s both attractive and professional. Typically $230, Sony’s last-gen WF-1000XM3 are currently on sale at Amazon, Best Buy, and B&H Photo for $178.

Originally released in 2018, the WH-1000XM3’s still measure up well against the competition when it comes to battery life and sound quality, even if they’re not as capable as their successor.

Compared to the competition, Jabra’s wireless earbuds have a rare feature that has yet to become standard in the true wireless earbud market: the ability to connect to two devices concurrently. Ideally, this is great for users who switch between two devices often (like, say, a phone and a laptop).

Last year, Jabra released the Elite 85t wireless earbuds, which are the highest-tier model in Jabra’s lineup. They have more advanced noise cancellation than the 75t, however, they also feature less bass and an inferior fit. If you can live with those compromises, however, you can buy the Jabra Elite 85t for $230—the standard list price—at Amazon, Best Buy, and Jabra.

If the standard retail price on the Elite 85t is intimidating but you want a pair of Jabra earbuds, the Elite 75t are also a good option, and they see regular price cuts. We consider the Jabra 75t— currently on sale in gold for $131 at Amazon—the best true wireless earbuds for multitaskers, and they remain a solid alternative if you don’t want to buy AirPods. 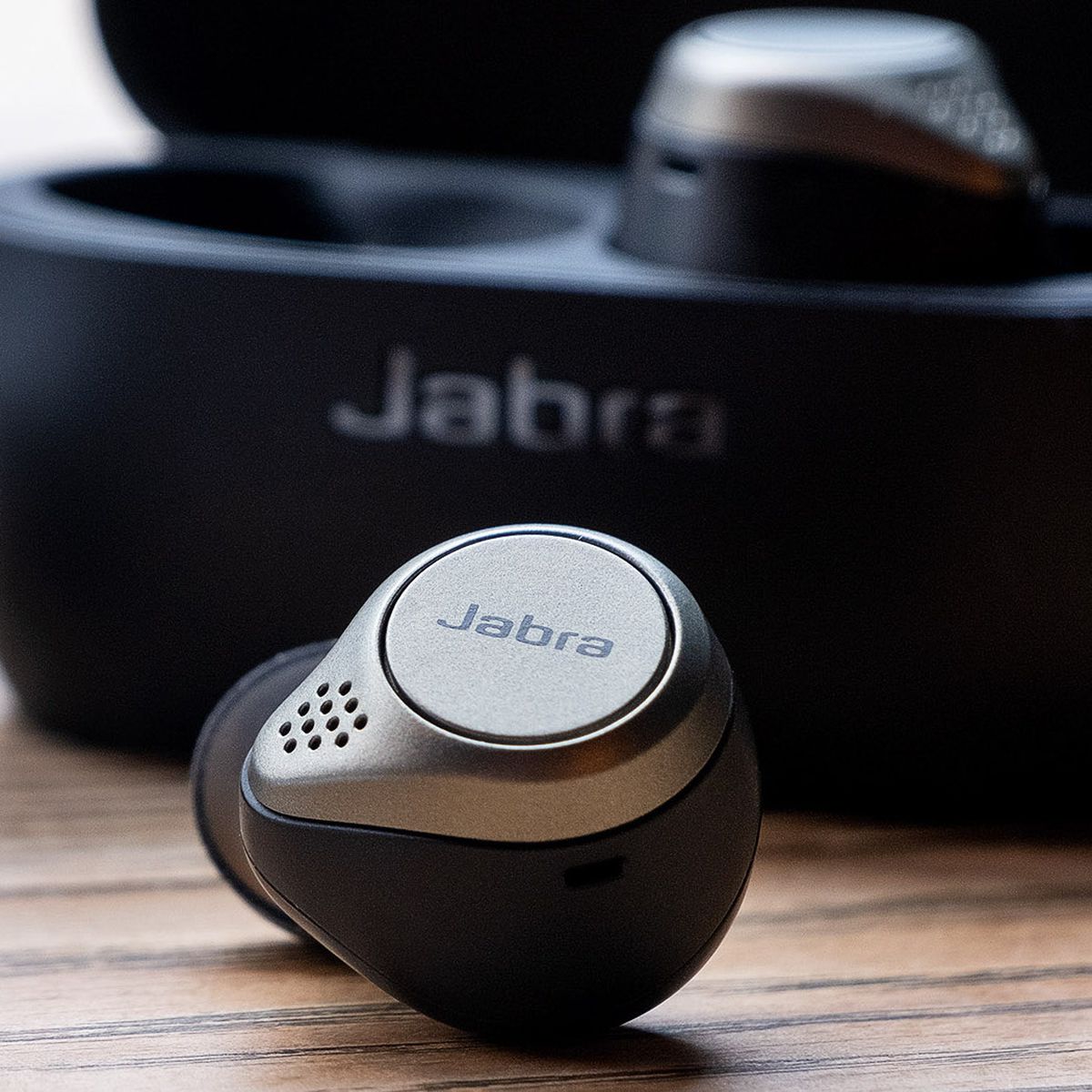 Jabra’s Elite 75t earbuds offer pleasing bass-heavy sound, reliable performance, and can connect with two devices — like a phone and laptop — at the same time.

The unannounced Beats Studio Buds might be just on the horizon, but if you’re currently in the market for a reliable pair of wireless earbuds for your workouts, you can’t go wrong with the Beats Powerbeats Pro. These earbuds have an over-ear hook that keeps them in place during intense exercises. They’re also IPX4 sweat- and water-resistant, so you don’t have to worry about ruining them should your workout get intense.

There are a few different discounts available right now for the Powerbeats Pro. The lowest we currently see is for the red model, which is available at Best Buy for $160. If you prefer a different color, most configurations are currently available at Amazon and Target for $170, an $80 discount and more than 30 percent off the initial retail price. 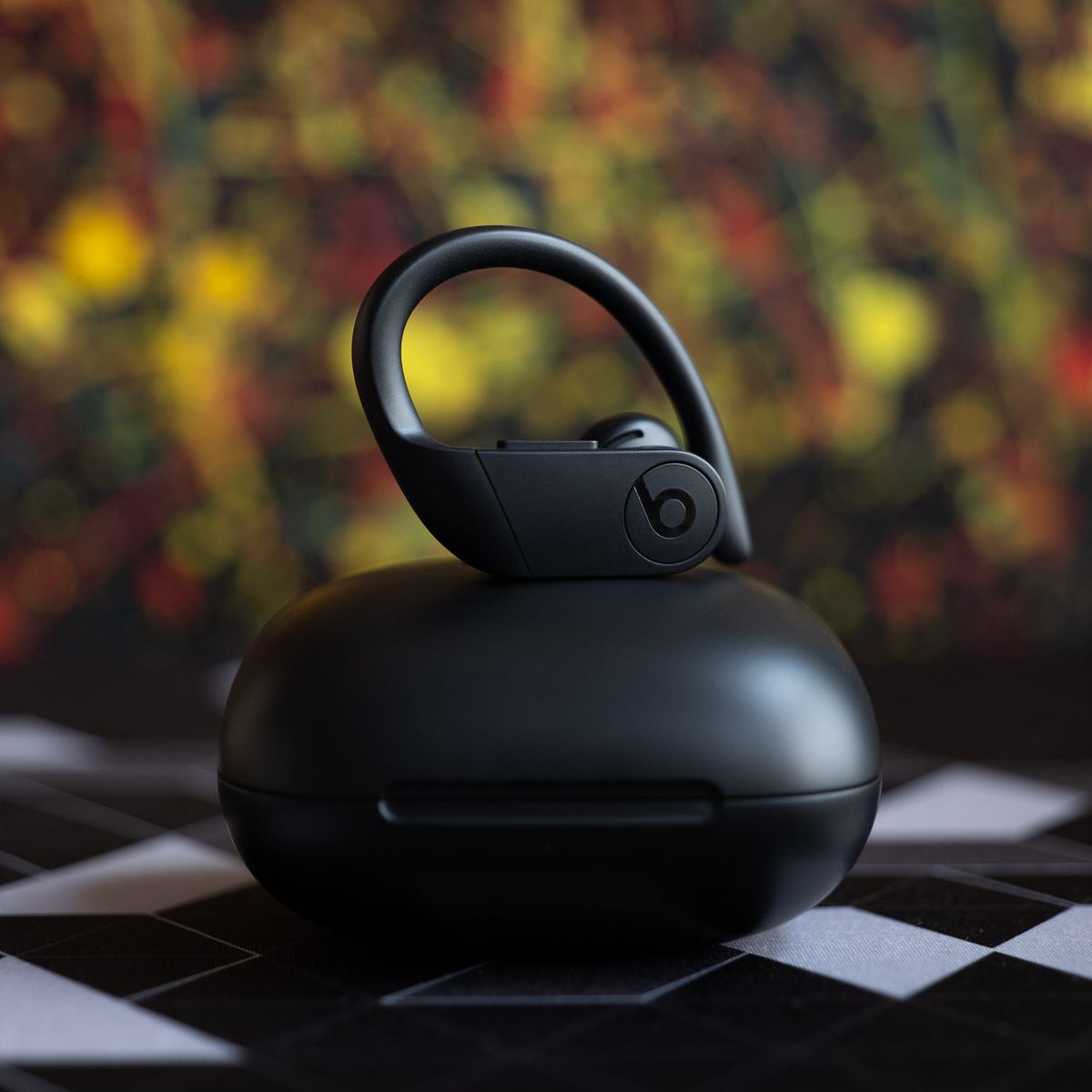 The 2021 edition of the Amazon Echo Buds are a tremendous value at $120, however, if the price remains a factor and you don’t mind opting for their last-gen counterpart, B&H Photo is currently offering the first-gen Echo Buds for $100. They don’t sound as satisfying, nor are they as comfortable, but they still provide effective noise reduction and easy access to Alexa. 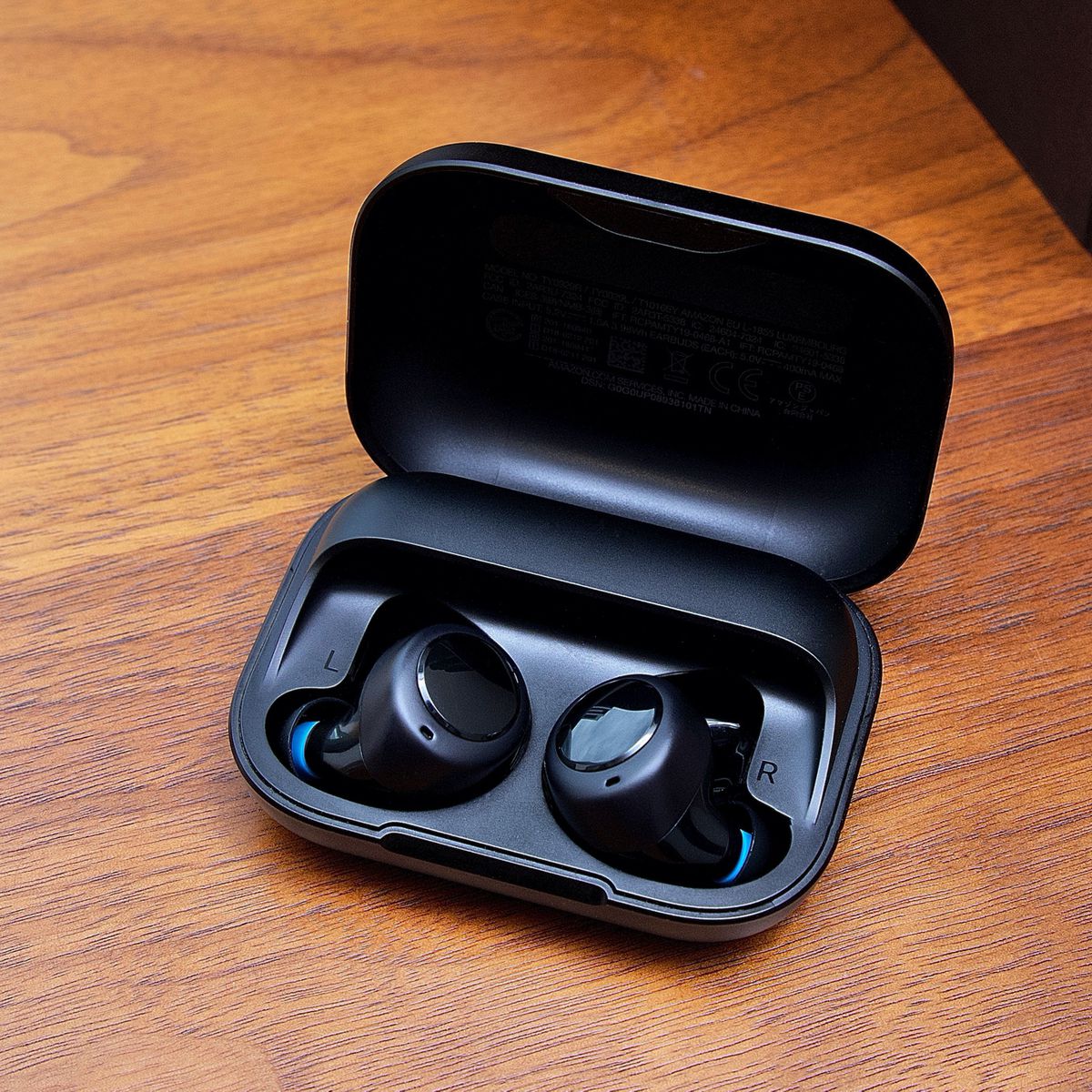 Amazon’s Echo Buds offer features like Bose noise reduction, a customizable fit, and great audio at a lower price than most competitors. 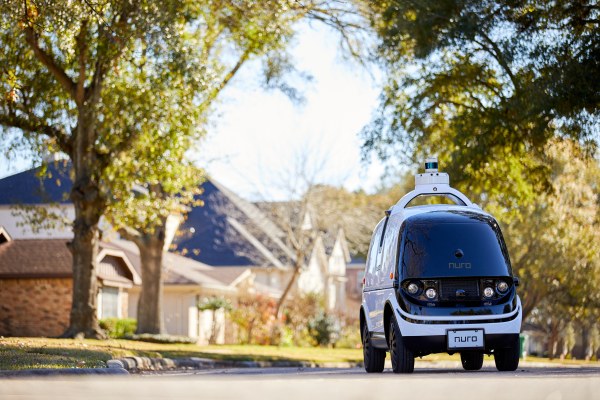